The Sligo County Council Waste Management Bye-Laws which were adopted in November 2013, brought a number of changes to Sligo City and County.

These Bye-Laws were made on foot of national and EU legislation i.e. the EU (Household Food Waste and Bio-Waste) Regulations 2013 and the EU Landfill Directive.

The Bye-Laws brought quite a lot of change to the way waste is managed in Sligo.  It also brought a degree of confusion and uncertainty.  Taking this into account, Sligo County Council in conjunction with Cre, the Department Environment and Novamont (a UK based company specialising in bio-plastics) have come together to create an awareness raising campaign for the people of Sligo in order to ensure maximum segregation of waste is carried out and understood to ensure waste disposal costs are kept to an absolute minimum for all households.

Cre and the Department of the Environment conducted a report in 2013 entitled “Review of Best International Practice on How to Educate Households on Using the Brown Bin Correctly”.  Funding applications were invited by the Department of the Environment for a County to carry out a Pilot Project putting this report into practice in order to identify best practice.  Sligo County Council was successful in this funding application and has been selected to run the National Brown Bin Pilot Project for Sligo City.

What food waste can I recycle? 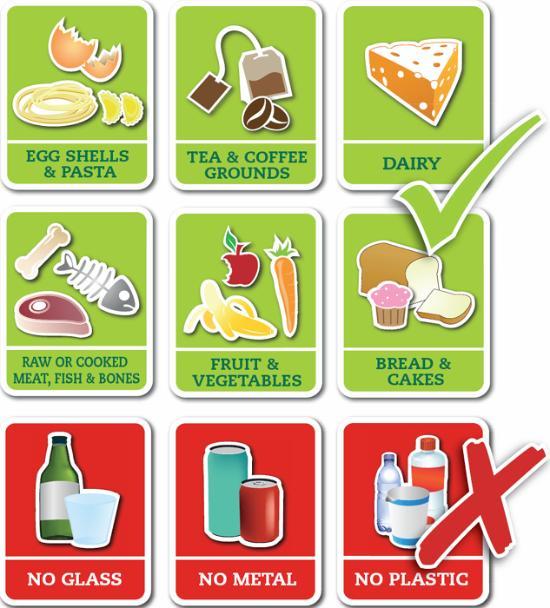 For the purpose of the Project, Sligo City has been split into 3 areas: Area A, B and C as per map below. 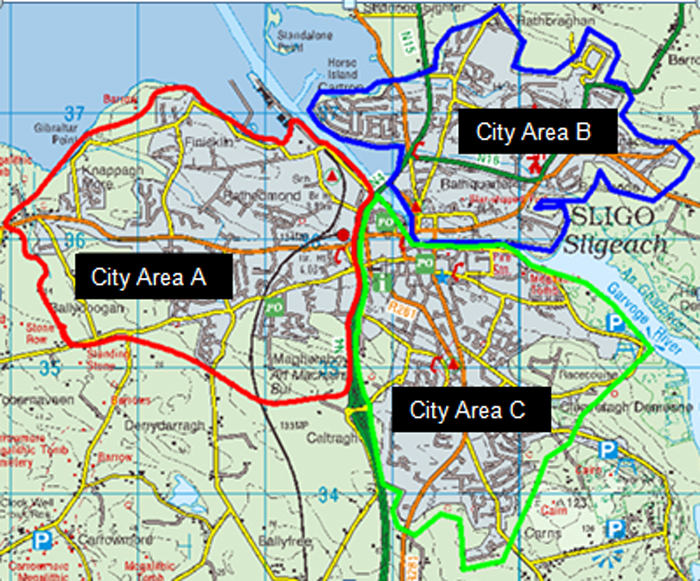 - Brown Bin Pilot Project Map of Areas A, B, and C

Area A households will be the first area of awareness work which is due to commence on Monday 21st July 2014.  All Households in this area will receive 7L Solid Sided Kitchen Caddies, information leaflets and compostable liners ahead of the awareness campaign in order to give households some time to put them into use.  Distribution to this area will take place from Tuesday 8th July 2014.

Area C households will be the second area of awareness work.  It is anticipated to begin the awareness campaign on this area by September 2014 with the distribution of 7L Vented Sided Kitchen Caddies, information leaflets and compostable liners.  Area C is the largest area to cover as it also takes in all of the City centre.

From Pilot Programmes like this carried out in Germany, Italy and the UK, the use of vented sided kitchen caddies has proven most popular and successful as it allows the waste type to breath, therefore reducing odour problems in the home.  Going on these studies, it was decided to select the biggest area for the provision of vented caddies.  The results at the end of the Pilot will show which caddy works better here in Sligo and if it even helps at all.

As this Pilot is the first of its kind here in Ireland, we are aiming to be the best in the country with the backing from the people of Sligo to help make that happen.  The aim for Sligo County Council is to form a model of best practice whereby all other large towns and cities will be required to follow what works best here in Sligo.

The Project itself is aimed to provide awareness to all households in Sligo City on the correct use of the brown bin.  However, the Local Authority will also be using this opportunity to highlight the following areas through its awareness campaign:

To begin this highly beneficial initiative, a launch event will be held at 10am on Saturday 19th July 2014 at the Farmers Market, I.T. Sligo.  This launch is called “Compost Give-Away, Bring Your Own Bag”.  Householders of Sligo are invited to come along to this informal event, ask some questions to representatives from the waste industry and Sligo Local Authorities and fill a bag or two of free compost to bring home to their gardens.  This will also be a great opportunity to show the quality of compost which we can get from the Food Waste Bin which will help the people of Sligo to think twice about how they are disposing of waste in the home.

The Environment Section of Sligo County Council will be making every effort to ensure all households in Sligo City are fully educated to effectively reach our national targets.  While doing so, this will assist in reducing waste disposal costs on the household as well as improving our environment and overall health. 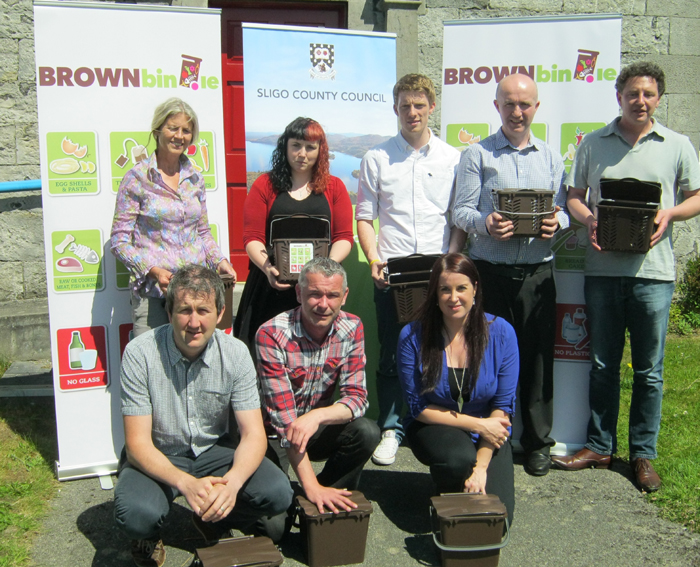 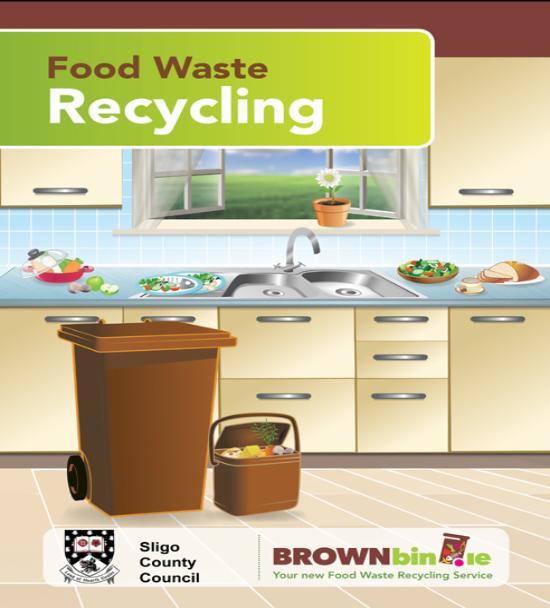