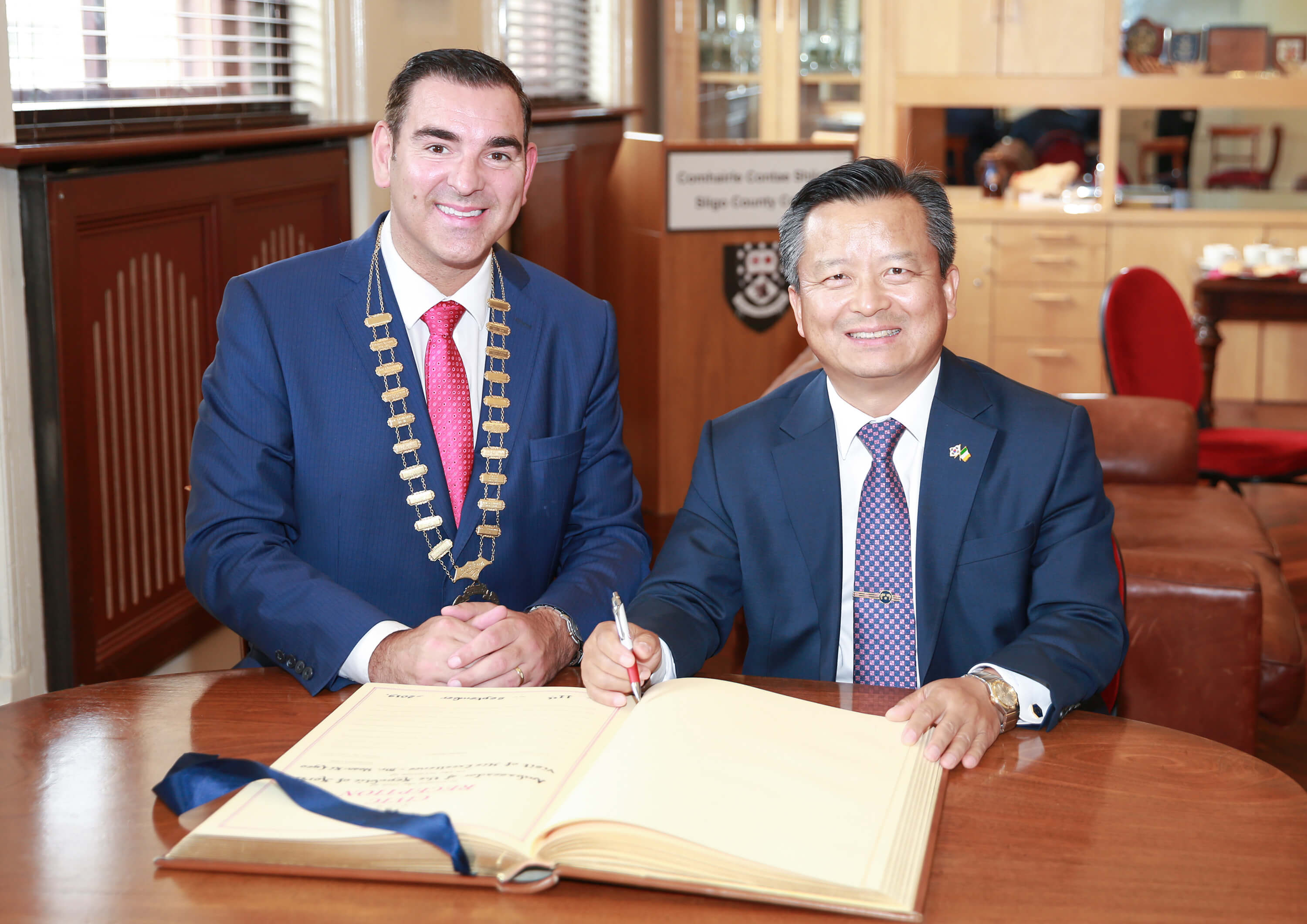 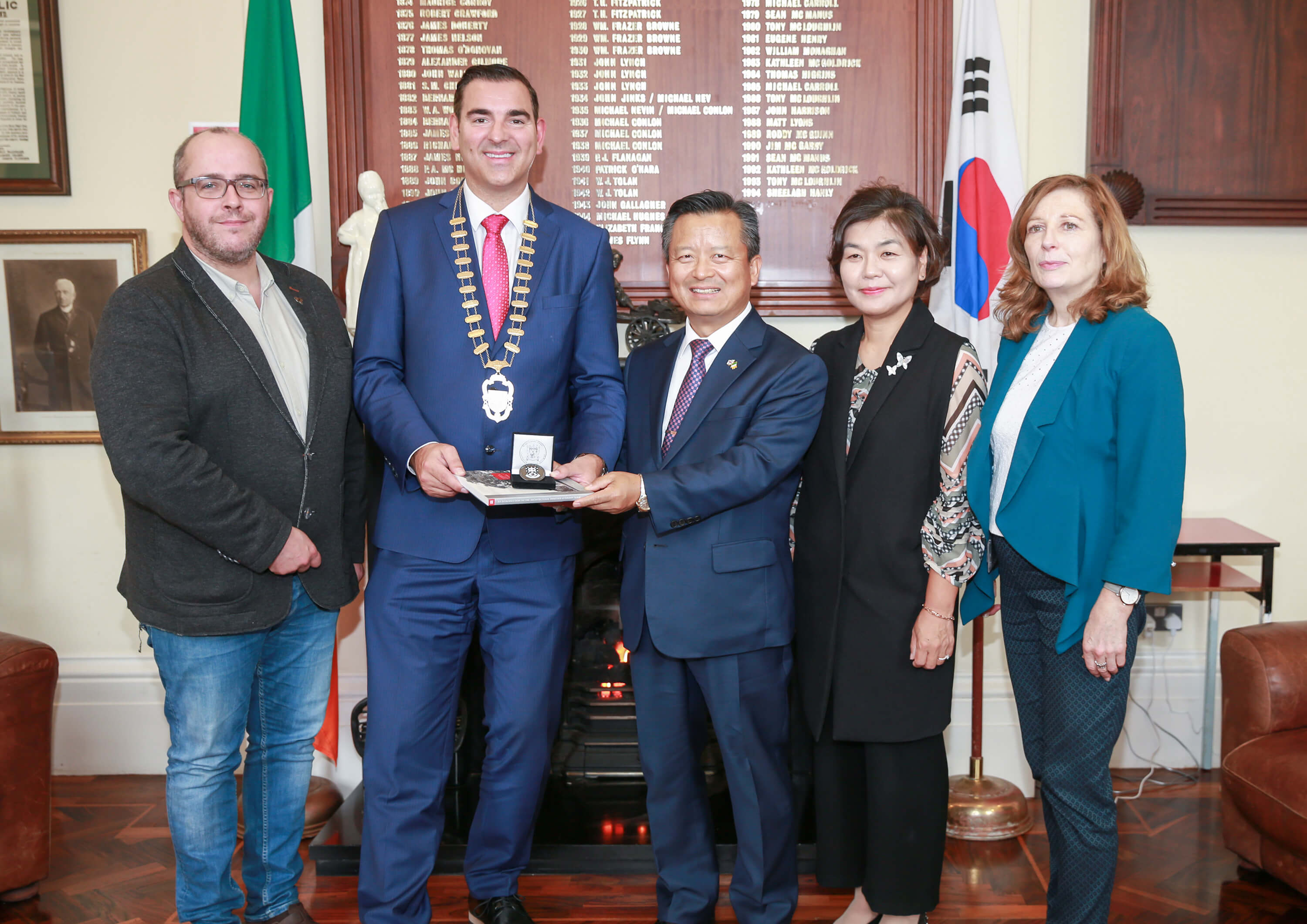 The Cathaoirleach Councillor Tom MacSharry welcomed the Ambassador of the Republic of Korea, Mr Woon Ki Lyeo to Sligo City Hall on Wednesday.

The Cathaoirleach emphasised the importance of Sligo’s international friendships ‘Our remote location on the Western periphery of Europe has not deterred us from establishing and developing a wide range of international contacts, and indeed the Ambassador has been a regular and welcome visitor to Sligo.

We have formalised our international friendships by signing ‘twinning’ charters with three towns, Kempten in Germany, Crozon in France and Tallahassee in Florida.  Our Twinning Associations, and the formal and informal contacts developed under the umbrella of the twinning programme has been the backdrop to important cultural, educational and sporting links.  In this context we are pleased to welcome the Ambassador as our special guest today.  Engagements such as this can be the catalyst for a range of projects and initiatives, and it will also encourage us to explore Korean history, tradition and culture.

There is a very strong linkage at national level between our two countries, and five years ago the 30th Anniversary of diplomatic relations was marked by the establishment of a memorial in Seoul to those of Irish birth who fought in the Korean War.  The first historical links go back much further – the first documented record of Irish people on Korean soil dates to 1871, when a number of Irish soldiers were members of the U.S Marine Corps who landed on Gangwha Island.

At European level, the EU – Korea Free Trade agreement provides a vibrant frame-work for Irish exporters, with trade between our two countries increasing in recent years.  The Korean Embassy plays a very positive role in working alongside our state agencies to promote inward trade and investment.

They have supported Irish companies in trying to identify new markets, and they assist companies with their network of business contacts.  Both the IDA and Enterprise Ireland have offices in Korea, with the Ambassador directly overseeing the local market team.

From a local perspective, Sligo County Council welcomes the opportunities presented by our new responsibilities in the areas of local enterprise and economic development, and we look forward to  maintaining and promoting Sligo’s status as the cultural and economic hub of the North West.’

The Cathaoirleach informed Ambassador Lyeo that his visit ‘is significant at a number of levels, civic, cultural, historical, and my hope is that our engagement today will lay the foundation for further contacts in the future.