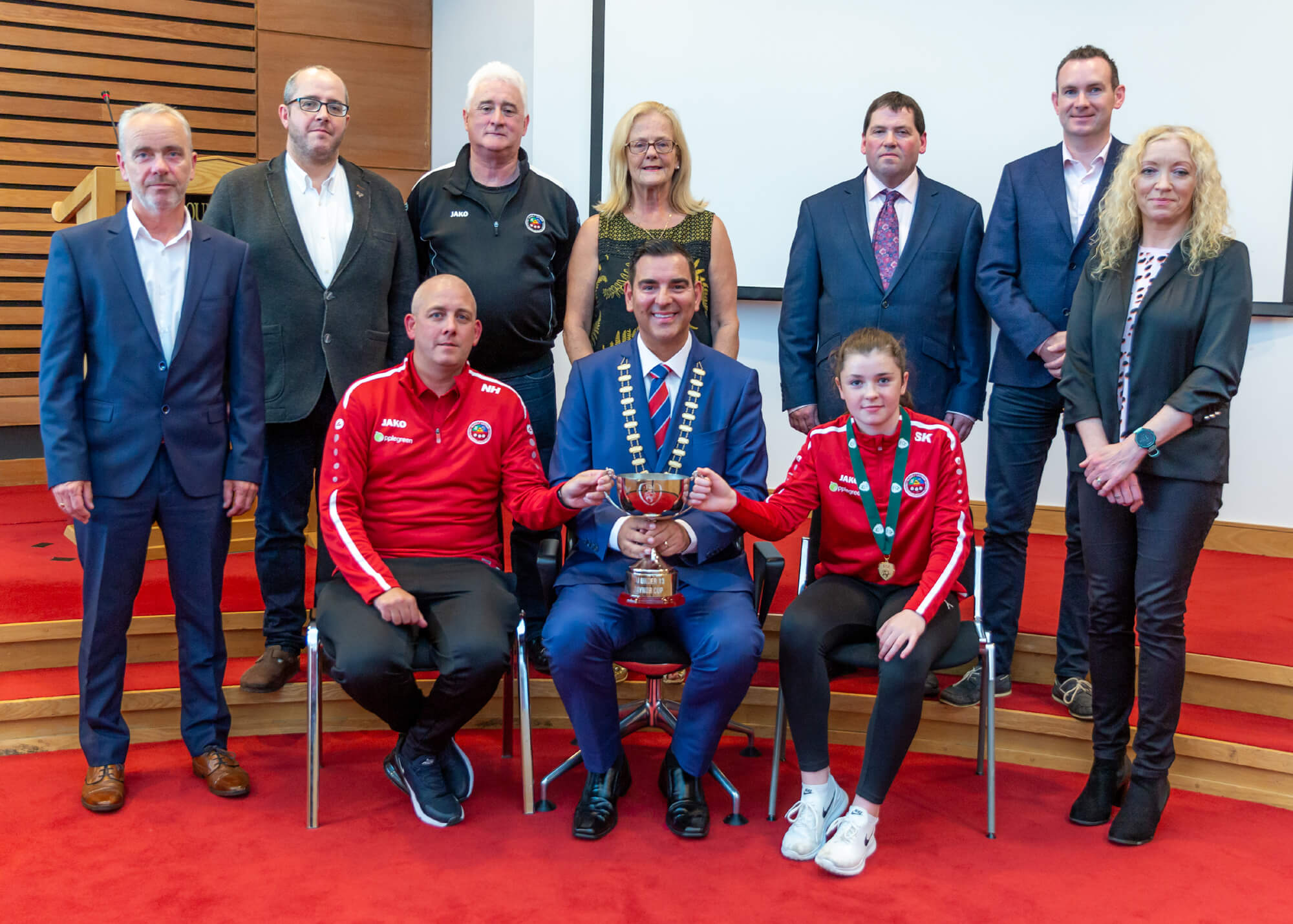 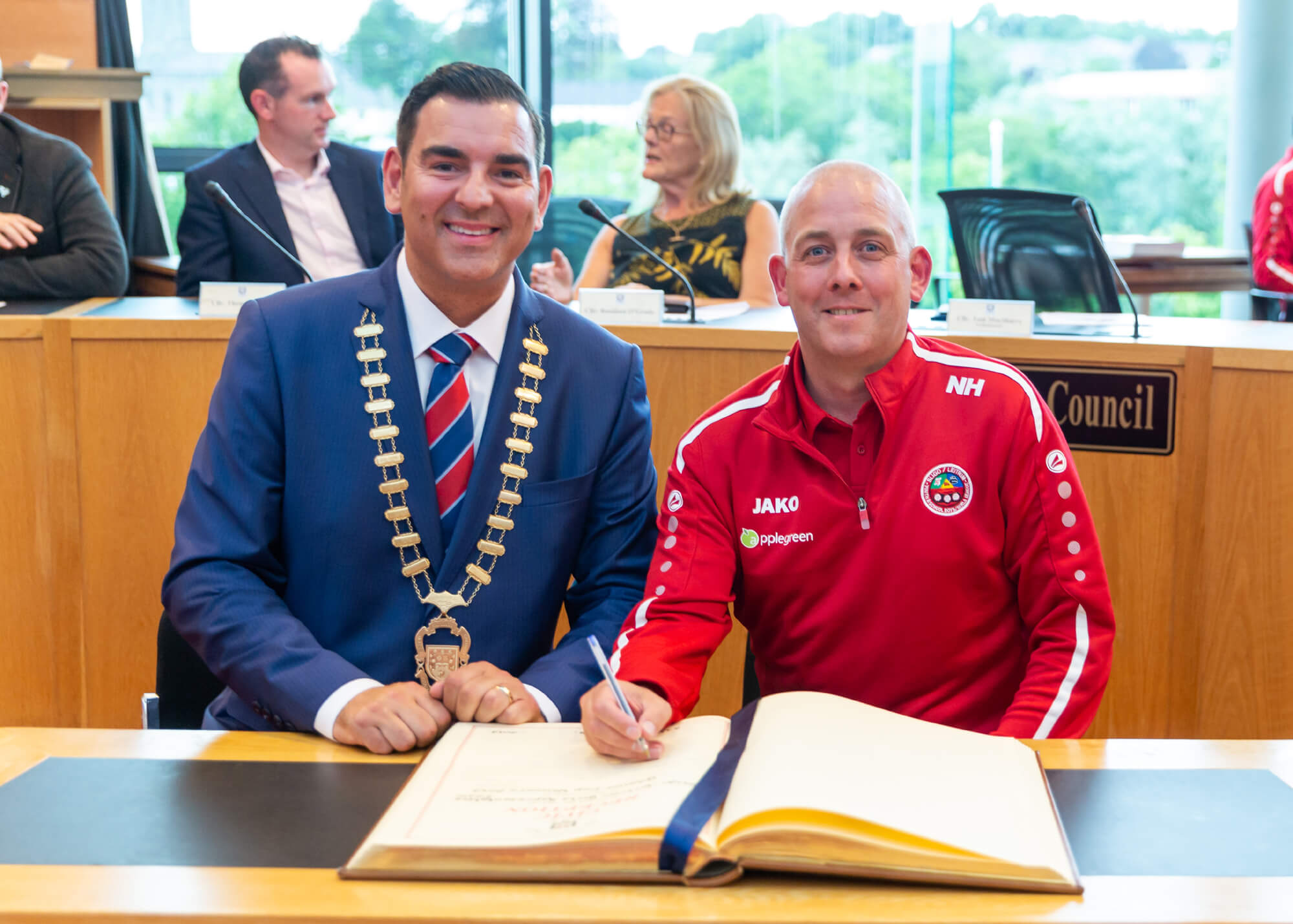 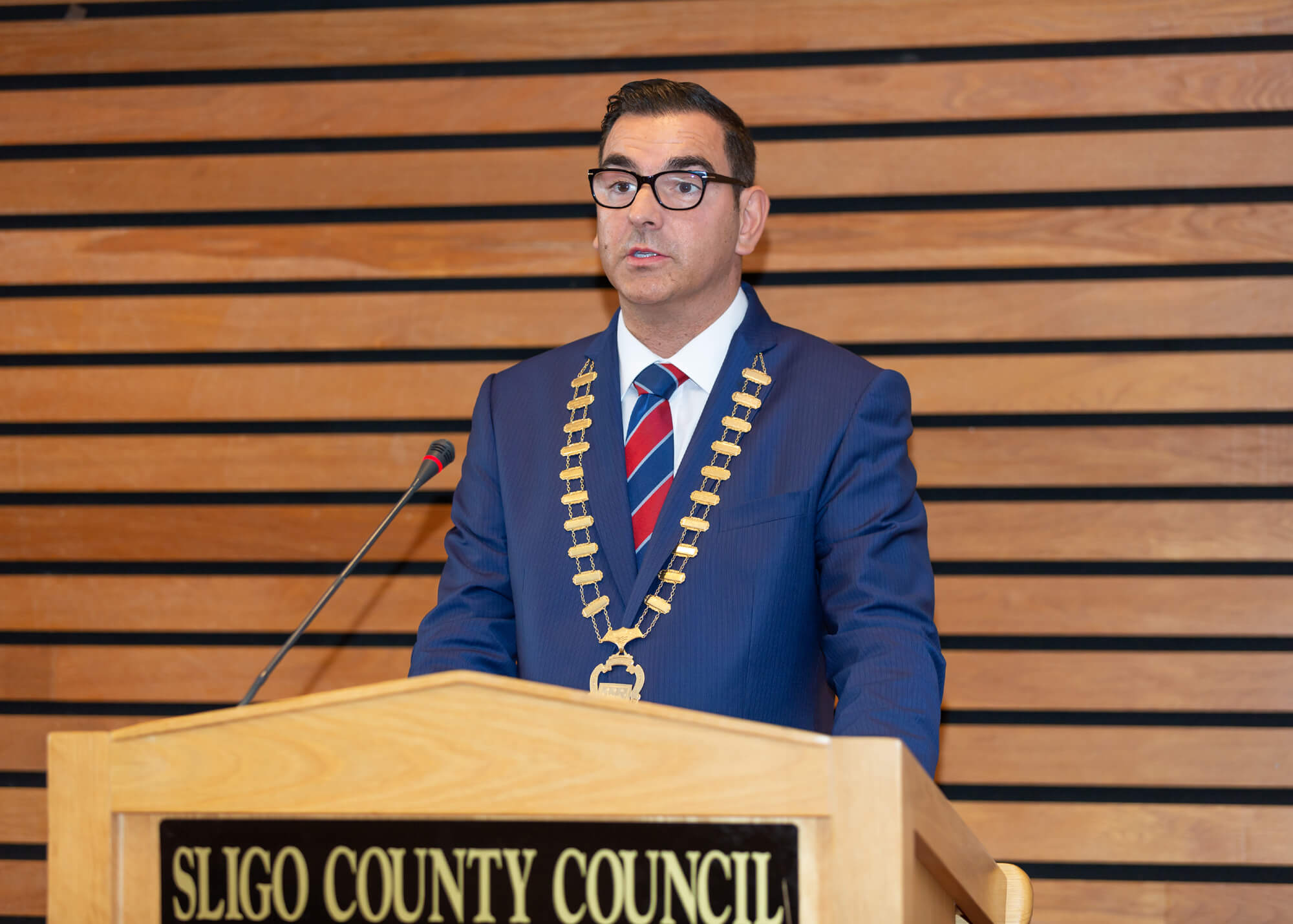 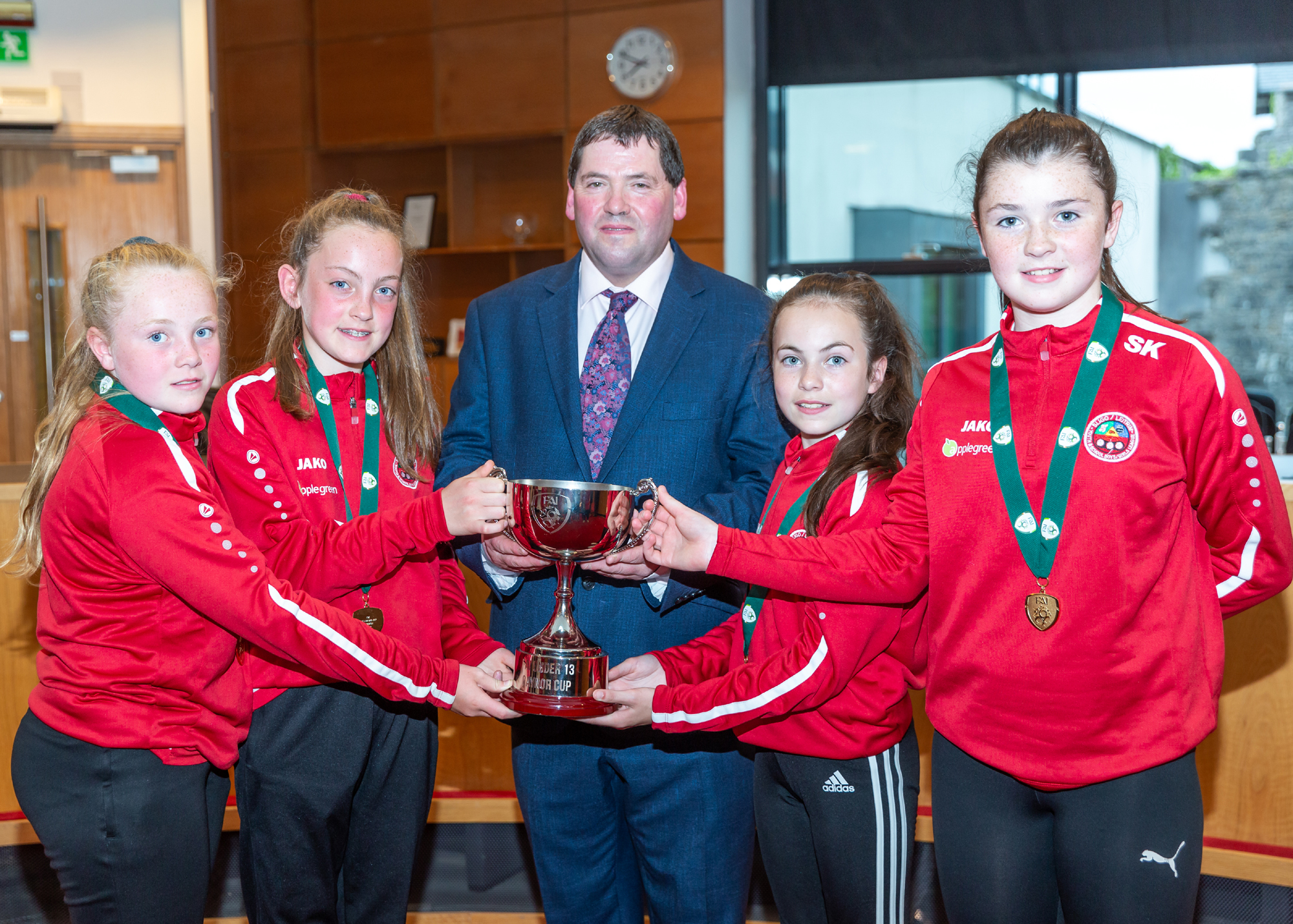 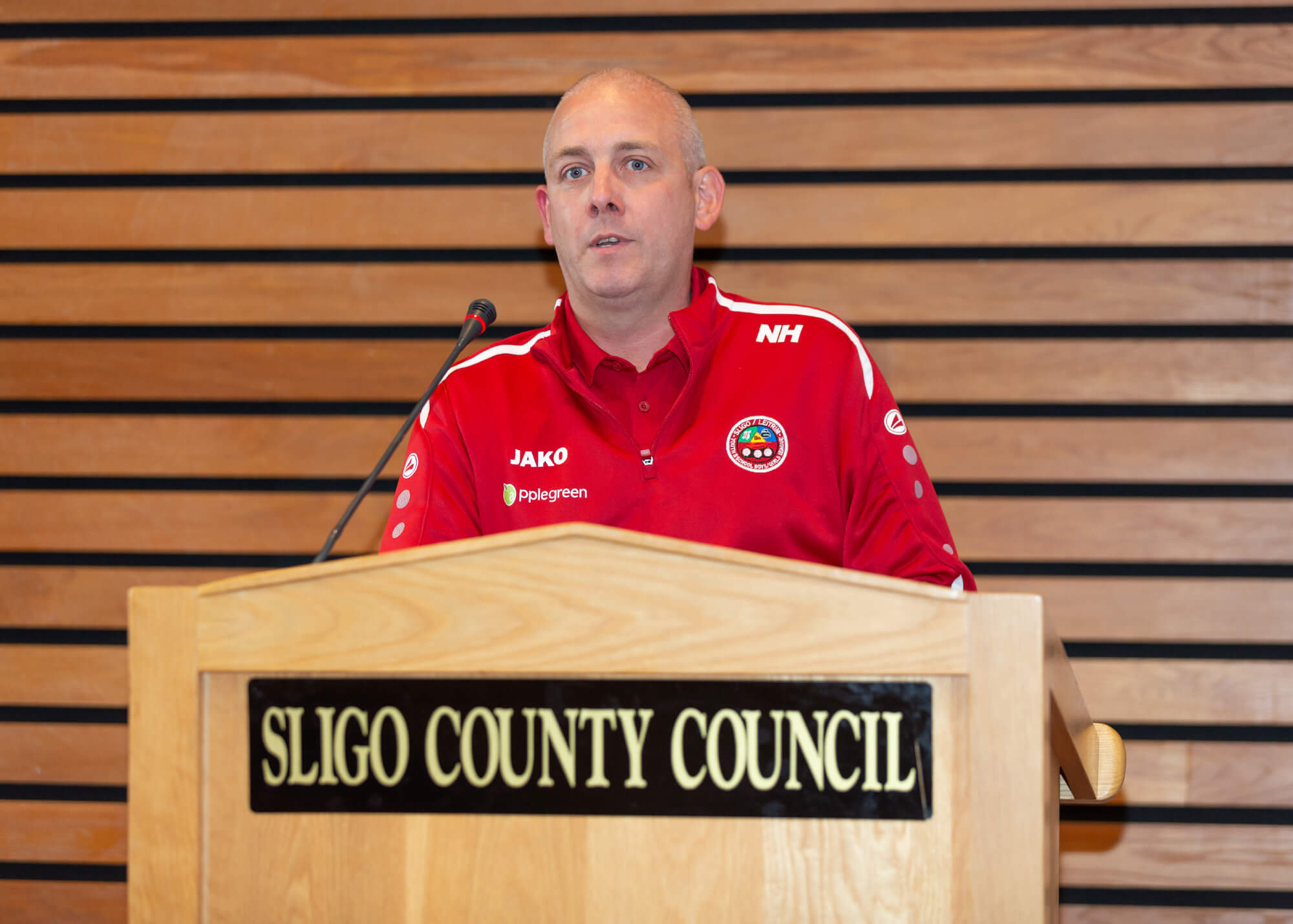 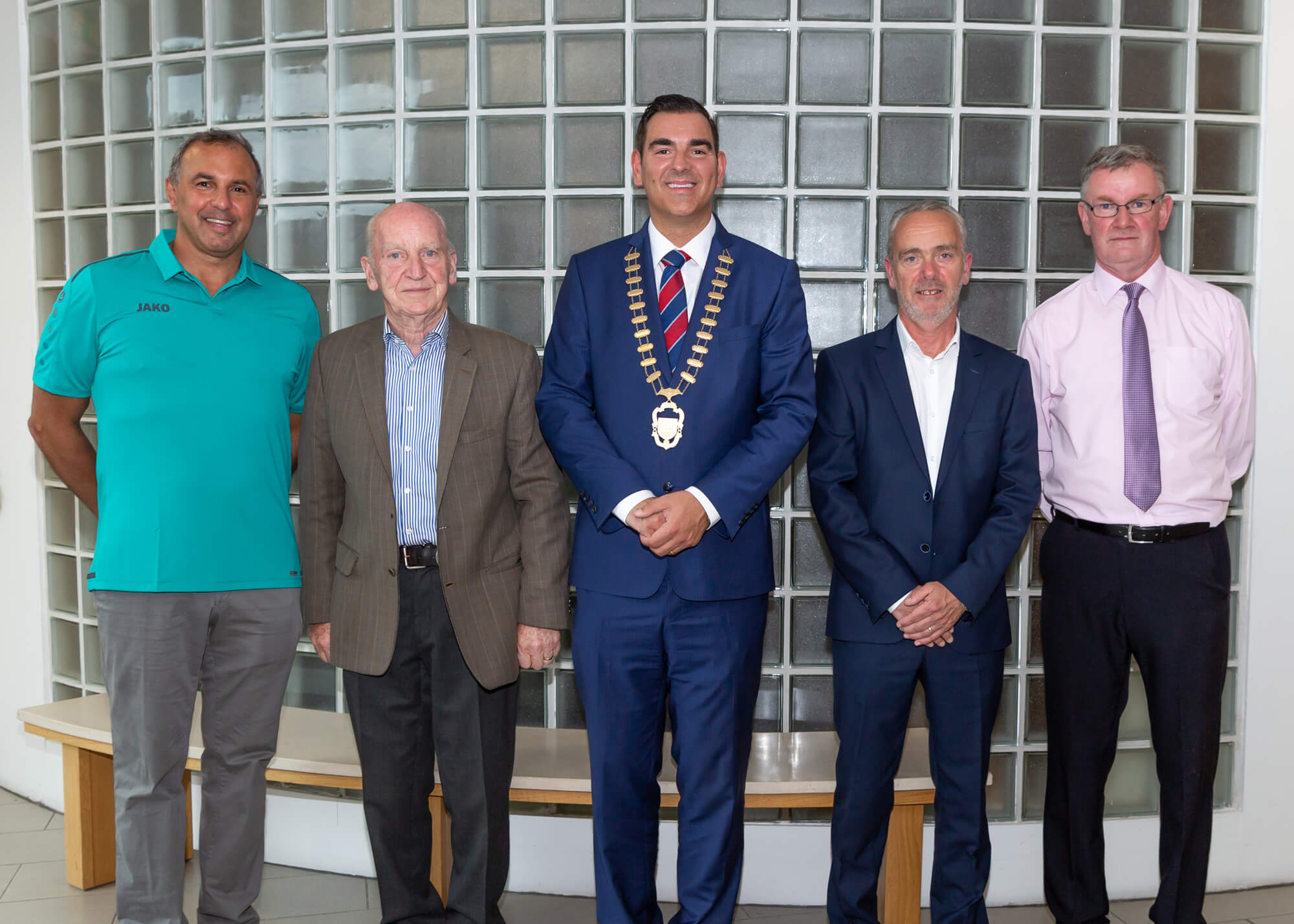 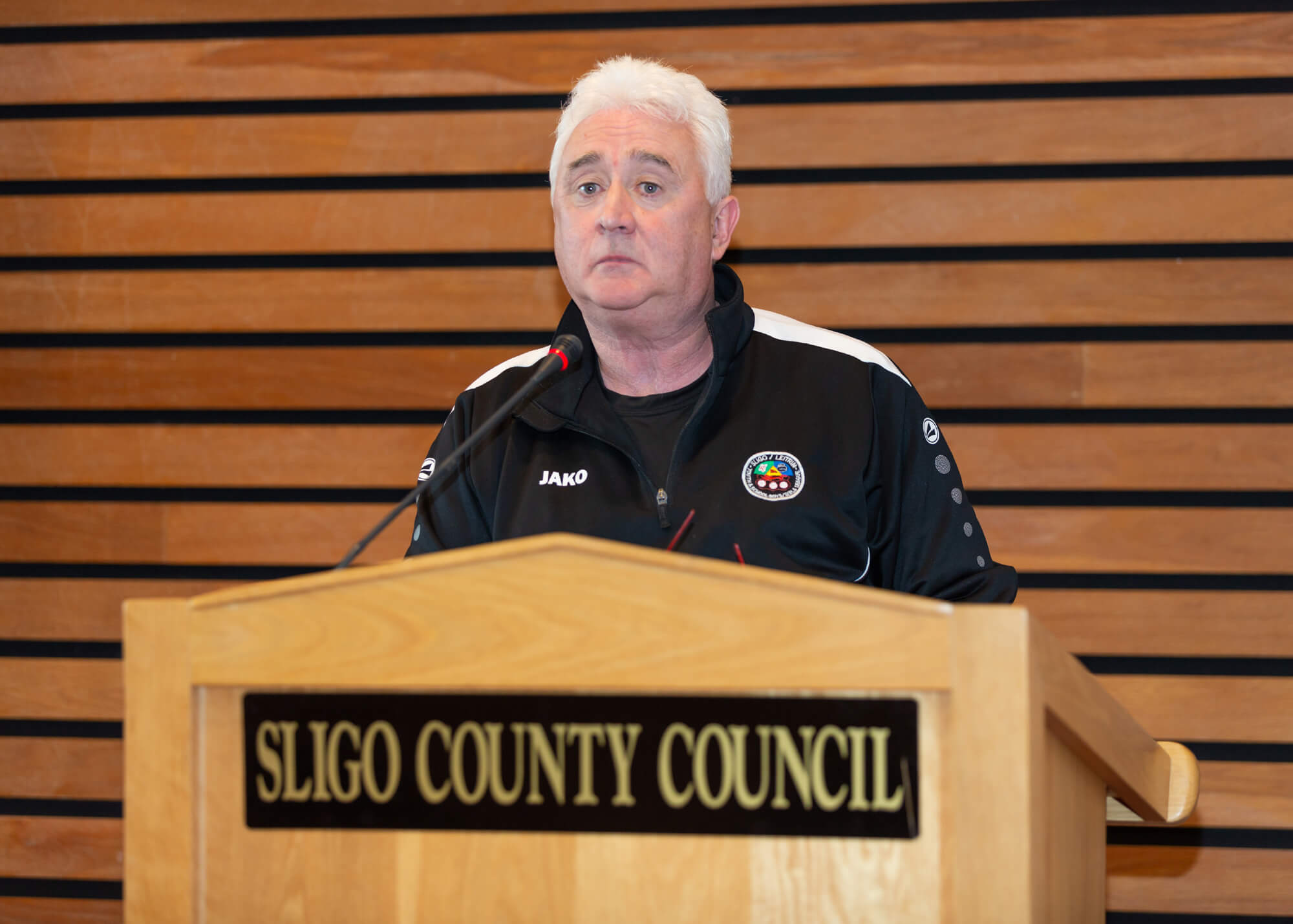 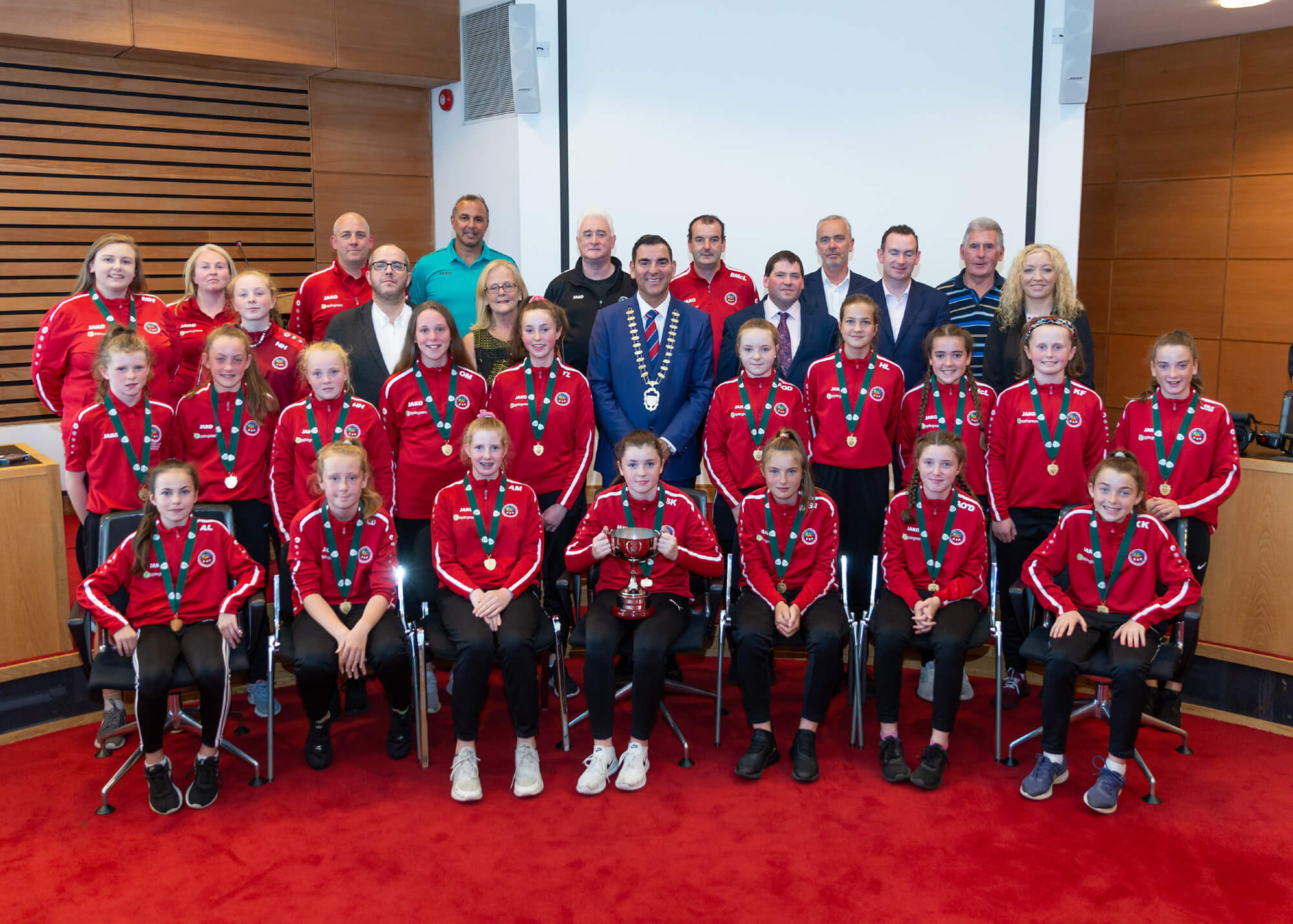 The Cathaoirleach Councillor Tom MacSharry hosted a reception in County Hall on Wednesday evening for the Sligo-Leitrim U 13 Girls Team, to honour their recent success on winning the All Ireland Gaynor Cup competition.

In his address the Cathaoirleach said ‘It is a very special achievement to be crowned as national champions in any field of endeavour. Every member of the squad can take great pride on this success, together with their dedicated management team and coaching staff. It is a fair reflection of the calibre of this young team that this success did not come as major surprise. Two years ago, Sligo-Leitrim reached the final of the Gaynor Cup, only to lose out to their Connacht neighbours, the Galway and District League.

This success was due to the individual performances and collective endeavour of a committed and hard-working squad of players, each of whom was proud to represent their club and their league. This campaign was also a great source of pride to your families and your clubs, who followed your progress with great interest and anticipation. In addition to being a just reward for your efforts in the competition, it also serves as a wonderful inspiration for younger players in your respective clubs and communities who aspire to follow in your foot-steps.

An achievement of this scale does not occur without a major commitment from a number of dedicated people. Most of the squad would have come through the ‘Emerging Talent’ programme, and would have participated in the u -12 squad. I think an excellent feature of the squad is the wide spread of representation, from Tubbercurry to Riverstown, Drumcliffe and Riverstown, every corner of the Sligo-Leitrim District was featured.

The Gaynor competition this year was, as always, challenging and competitive, as you were facing the best teams from around the country. Having overcome Tipperary South, Inishowen and Galway, you faced Dublin South in the semi-final, emerging deserving and convincing winners.  Having come through that formidable  barrier, you faced another team from  the capital in the Final, North Dublin, and one again delivered another hugely impressive performance, again on  a 3-0 score-line.

Skill, hard work and unwavering commitment lay at the heart of this memorable journey - to come through the tournament without conceding a single goal is a very rare achievement in Tournament Football, and this is yet another accolade you brought home with you. The team will be the first to acknowledge the expertise and dedication of  your manager and coaching staff – Head Coach Nigel Hargadon and his team of Brendan McLaughlin, Michelle Henry, Nadine and Nicola Hargadon, they made a major contribution to this wonderful success story and deserve to be included in all the tributes here this evening.’

The Cathaoirleach concluded his address by telling his guests: Pride of place this evening goes to our young heroes, the members of the Sligo-Leitrim U 13 squad – you have created your own special bit of history, and you are a credit to your families, your clubs and your league.’