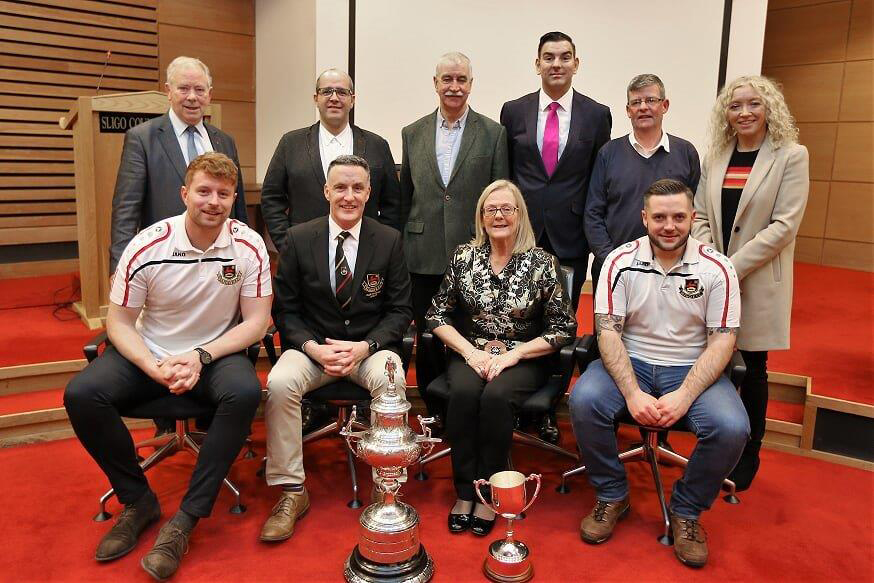 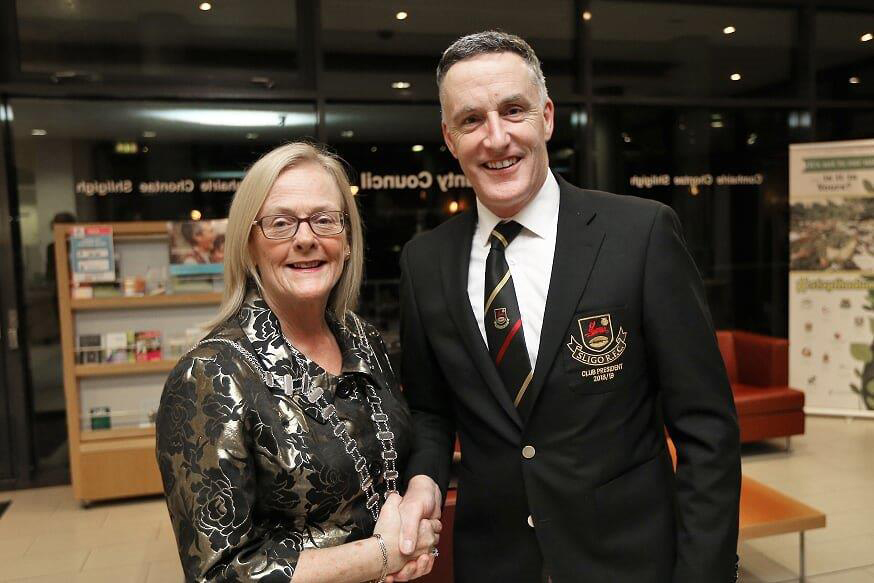 Mayor Councillor Rosaleen O’Grady hosted a reception to honour Sligo Rugby Club on their successes earlier this year in winning the Connacht Senior Cup for the first time in over 100 years.

In her address, the Mayor said ‘For a county renowned for is sporting success across a wide range of disciplines, a county that holds its sporting heroes in great regard, I believe the many achievements of Sligo Rugby Club may not have  received the credit they are due.

One of the reasons I welcomed the opportunity to host this reception is to create a greater awareness and appreciation among the local sporting community and the wider Sligo public about your club, its history, its roll of honour.  Indeed your roll of honour dates back to the founding of the Club in 1890, playing their first Connacht Senior Cup game in 1896.  Over the course of the 20th century, you had many notable successes as a Junior side, winning the Connacht Junior Cup and League.

But the undoubted highlight of the long and illustrious history was lifting the Connacht Senior Cup by beating Corinthians, bridging a 103year gap, and recording one of the most remarkable and exciting successes in local sporting history.  Team Manager Ross Mannion and his squad showed skill, ambition, and a relentless desire to get this victory over the line, and they could not have done it in more dramatic fashion a Matthew Cosgrove try in the closing seconds of the final.

Sometimes you get what you deserve in life, and the world of rugby applauded your victory in the All Ireland 2C league, and being crowned Connacht Senior Cup Champions, recognising these achievements as being earned on merit by a special group of people. Success at this level requires a concerted effort by a large number of people, each focused on playing their part in the ongoing story of this wonderful club:  Players and coaching staff are at the core of this venture, but there is a wide network of valuable supports, without which recent successes would not have been possible.

One of the key elements of this success is the excellent under-age structure, and the achievements you celebrate now will inspire and motivate the young stars of tomorrow.  The proof of this is shown by the number of players capped for Ireland at Youth Level and at U-19, U-20 and U21 levels and also a strong presence at Schools level.’

The Mayor concluded her address by commending the club’s sense of community.  ‘Sligo Rugby Club has a keen sense of its history and tradition but has an ambitious and progressive blueprint for the future.  You have a firm sense of your place in the community, and our local community in turn feels very much part of your continuing success.’