Skip to main content of
Naming Ceremony for O’Boyle Park 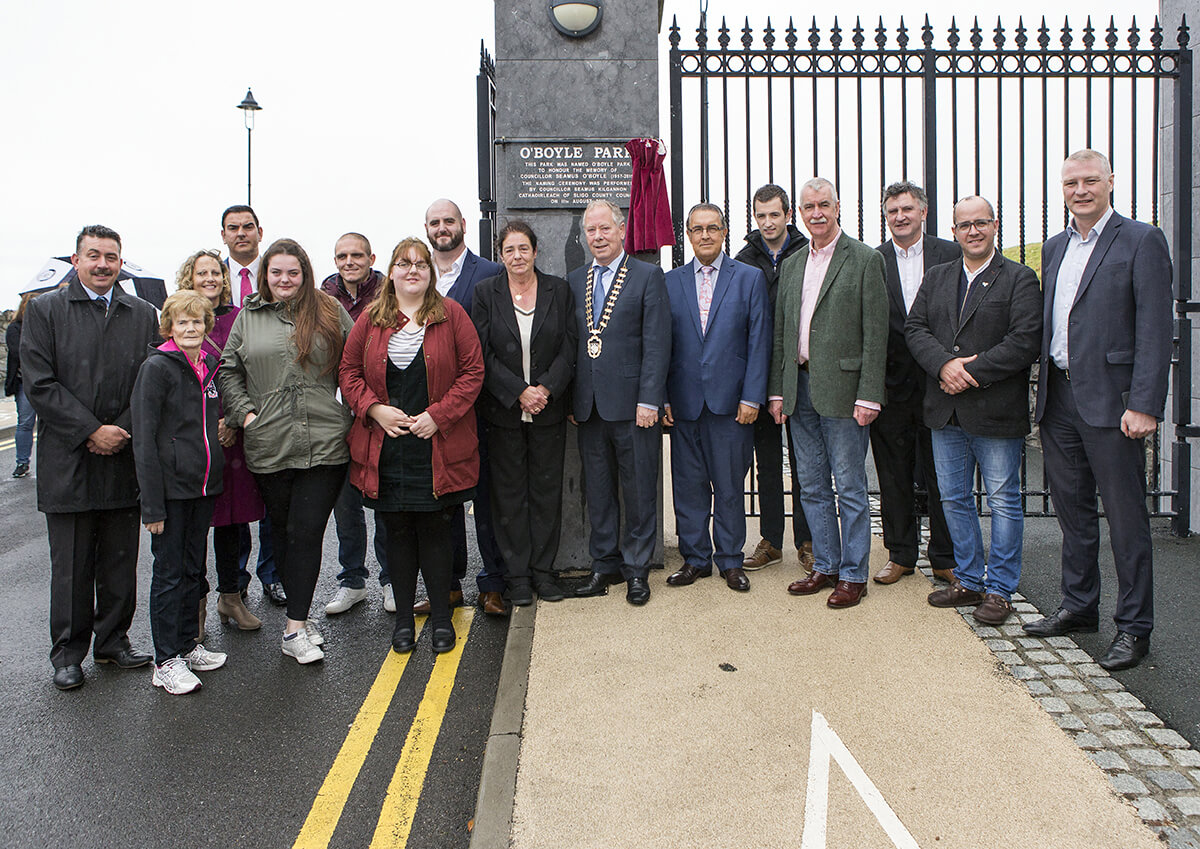 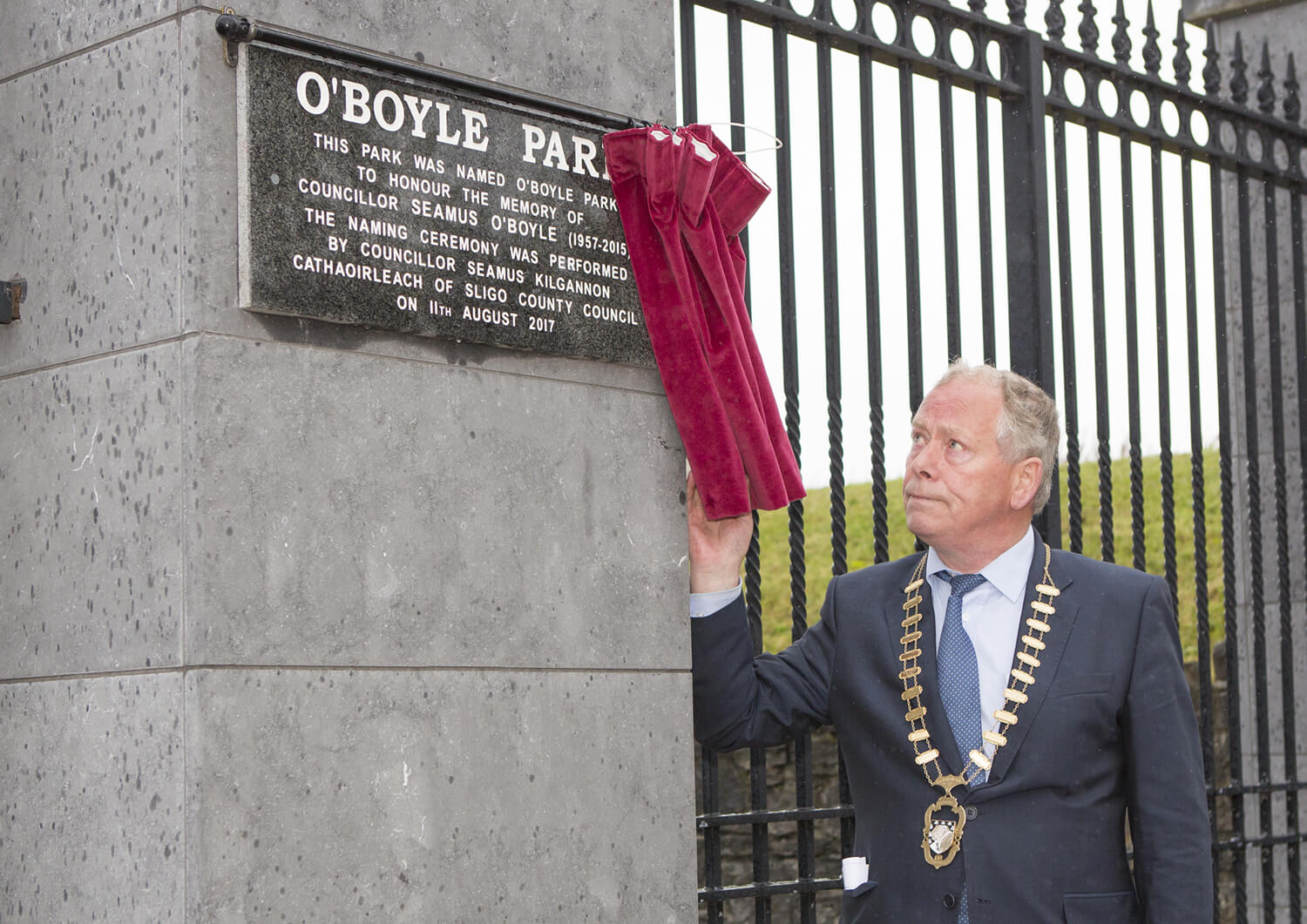 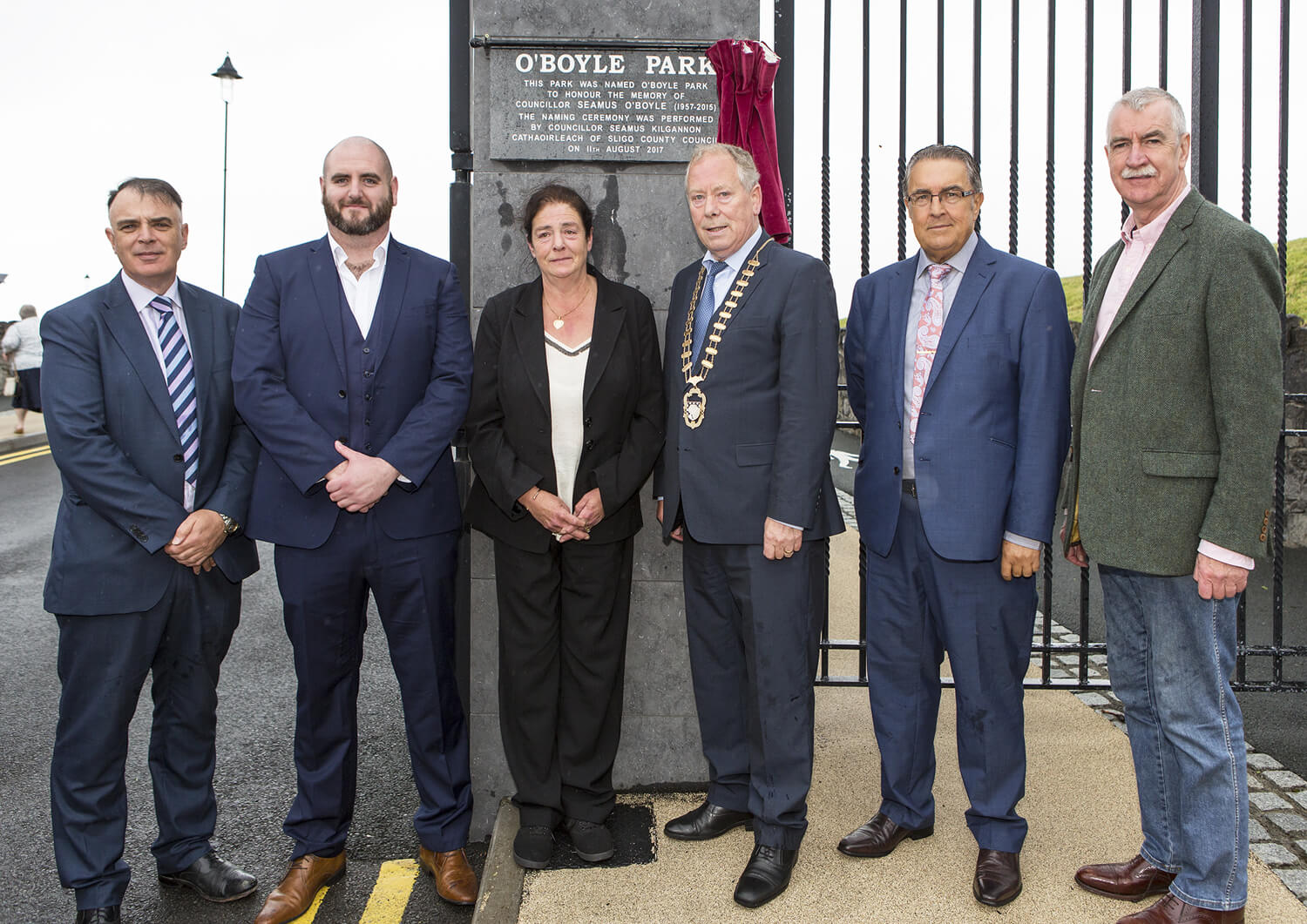 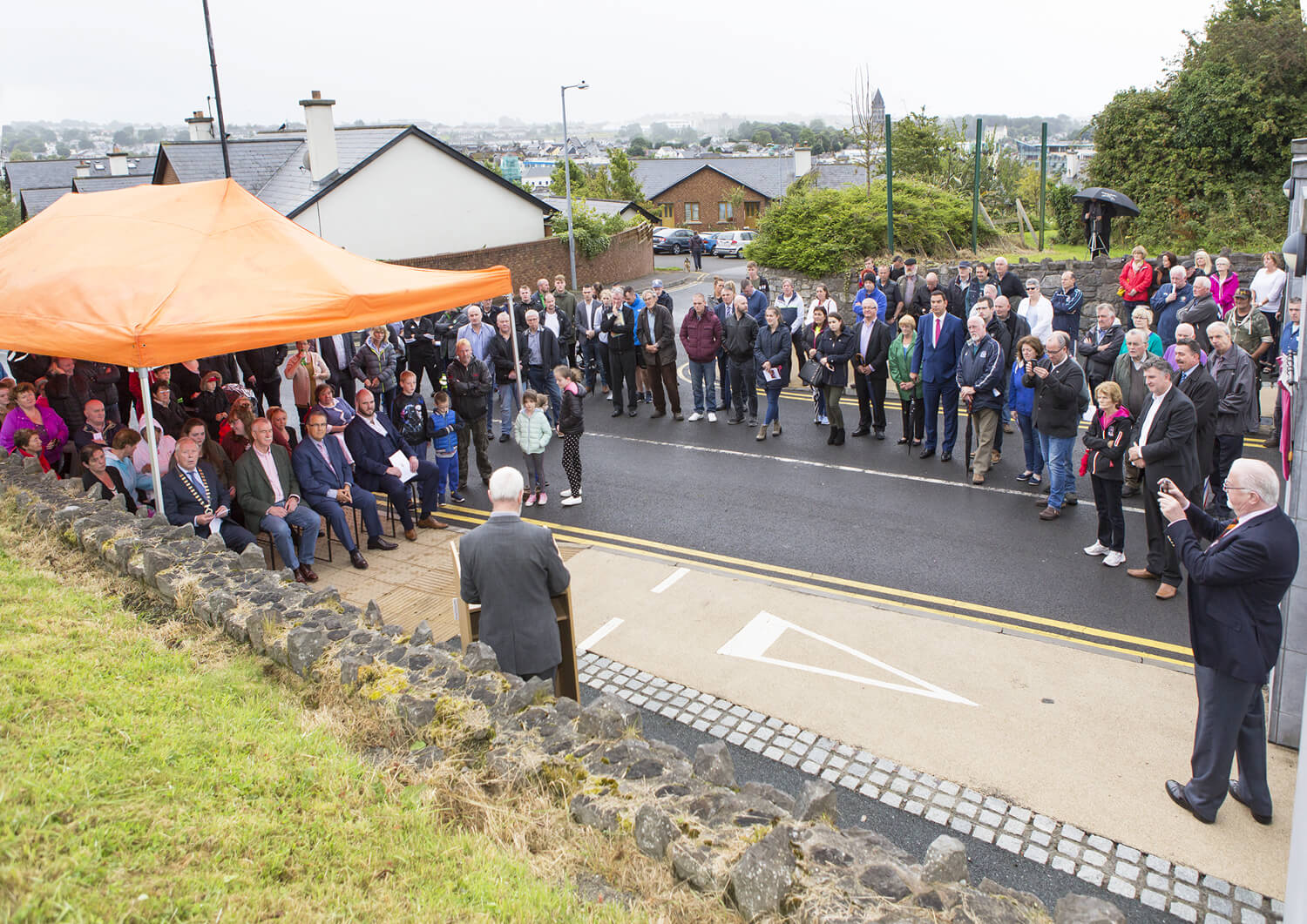 The official naming ceremony of O’Boyle Park at Forthill took place on Friday 11th August, two years to the day from the untimely passing of Councillor Seamie O’Boyle, in whose honour the Park was named.

Among the large attendance were Seamie’s wife Mairead, son Gino and other members of the O’Boyle family, Cathaoirleach Councillor Seamus Kilgannon and serving and former members of the Council, TD’s Mark MacSharry, Martin Kenny and Eamon Scanlon, and many friends and neighbours from the Northside Community.

In his address, the Cathaoirleach said that while the late Seamie O’Boyle was first and foremost a devoted husband and father, he also touched the lives of many people during his service as a public representative.

’It is fitting that his family, his community, and his colleagues convene two years to the day since his untimely passing to officially name this amenity in his honour.  It is also fitting that this excellent facility, which was close to Seamie’s heart, will forever bear his name and will always be associated with his memory.

Seamie's friendly and obliging nature, allied to his gift of modesty, made him a hugely regarded and popular figure in his community.  This regard was very much in evidence on the night he was elected to the Council, Seamie was not one for long detailed speeches, which probably explains why that when he spoke, people listened.  He was a man of action rather than words, which will certainly be confirmed by the many people he helped along the way.

He was one of nature's true gentleman, whose warm and engaging personality will be his cherished legacy in the community he served with such pride and commitment.  While it is certainly tragic to see a life cut short, there is a measure of consolation in that he contributed more in his brief time with us than most people would ever manage into their old age.

It would have been a great source of pride to Seamie that his son Gino has carried on his exemplary standard of public service, and similarly has earned the respect and admiration of the community he serves with the same resolve and ambition as his late father.  In the presence of our historic green-fort, at the highest vantage point overlooking his beloved Sligo town, we could not have a more perfect setting to honour Seamie’s memory.  This wonderful amenity will continue to be visited and enjoyed by future generations, and everyone who passes through these gates will have cause to reflect on an inspirational figure whose name will always be recalled with great pride and fondness.’

Councillor Declan Bree recalled Seamie’s brief but outstanding service as a public representative, and said he was always anxious to serve his community to the best of his ability.  He had a special affinity for the Nazareth Sisters, he always looked out for the poor or marginalised, and right up to the moment of his untimely passing, he was working on behalf of the people he represented.

Noel Kennedy, Secretary of the Sligo-Leitrim and District League spoke of Seamie’s enormous contribution to junior soccer in Sligo.  In various roles as player, manager and coach, he was instrumental in encouraging many young people to play for Glenview Stars.  But his popularity extended well beyond his immediate community, he was universally respected by clubs all over the county.

Gino O’Boyle said it was a great source of pride to their family that this amenity was being named in honour of Seamie.  He welcomed the many people from the Northside community who came out to support them on this special day, and he thanked the serving and former Councillors who served alongside his father during his time on the Council.  He said his hope was that the new facilities at the park would be a popular attraction for the people of the area and beyond.