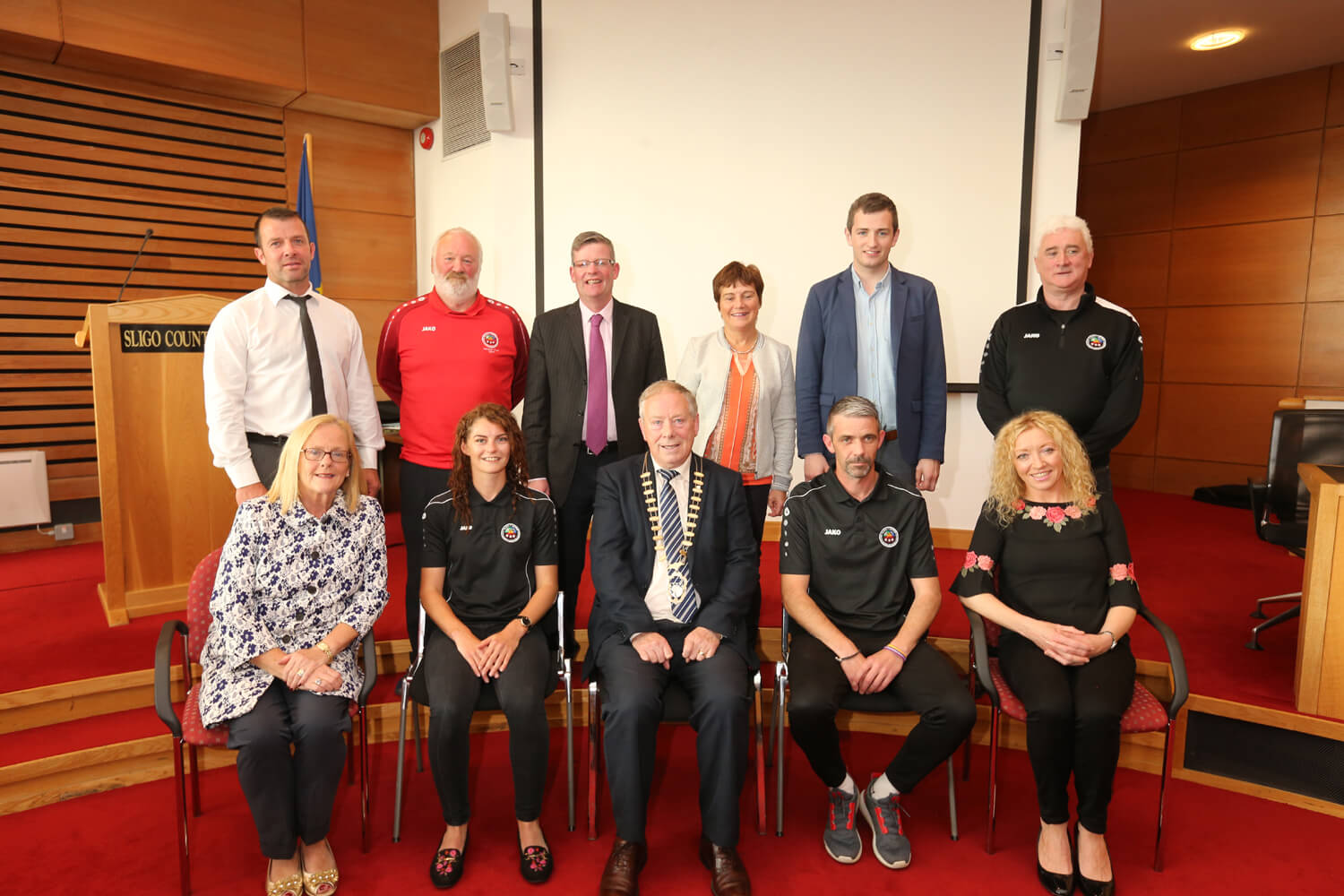 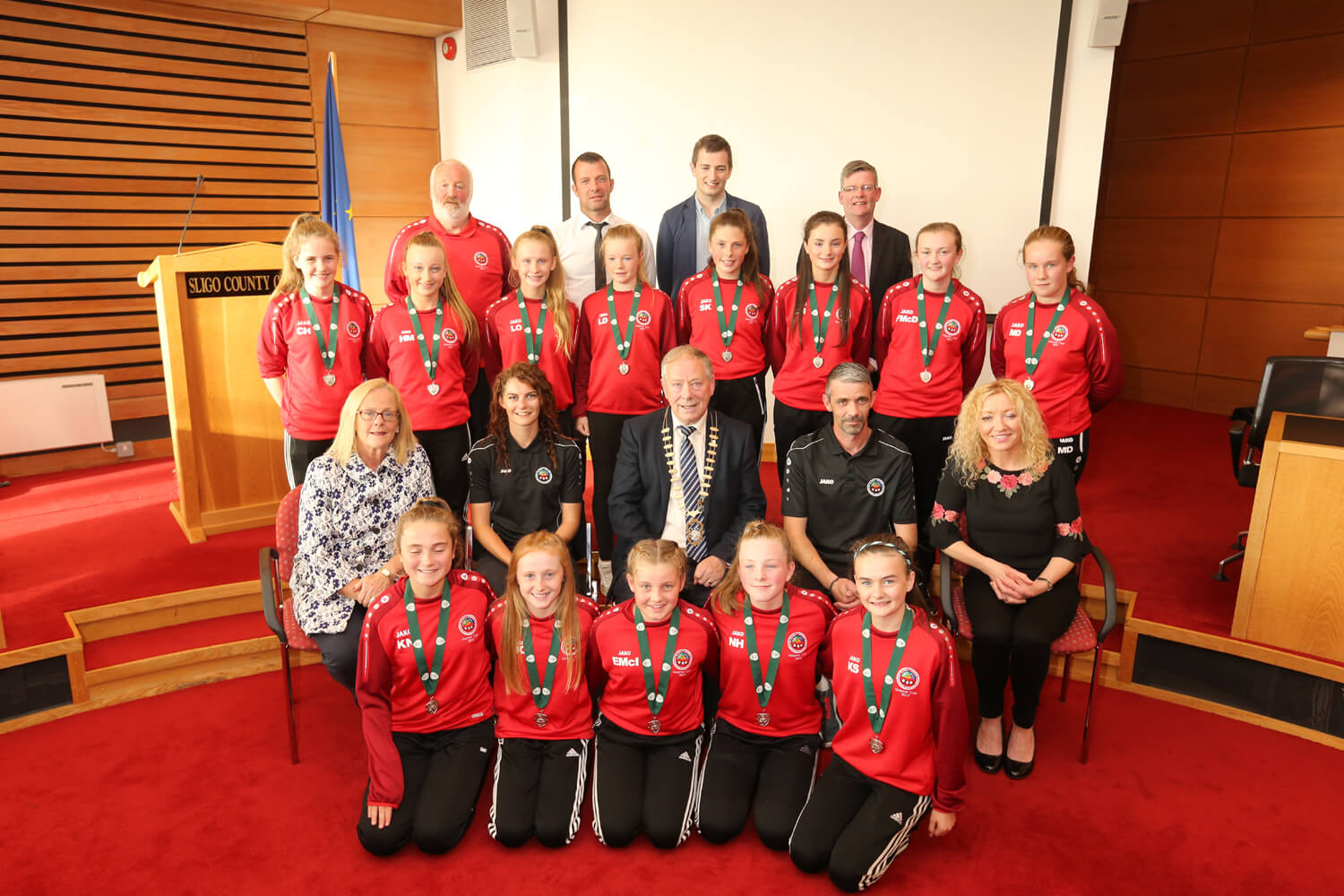 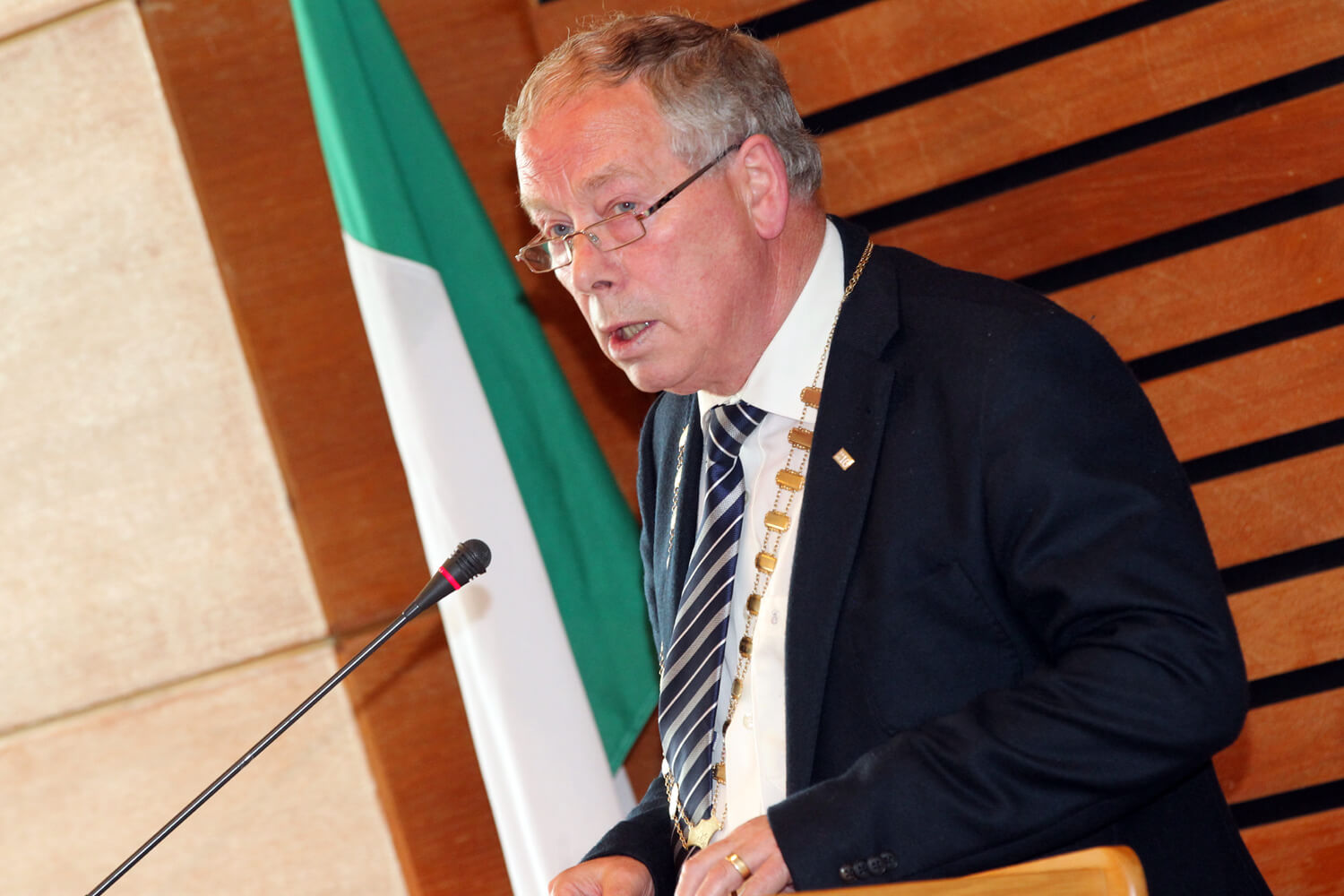 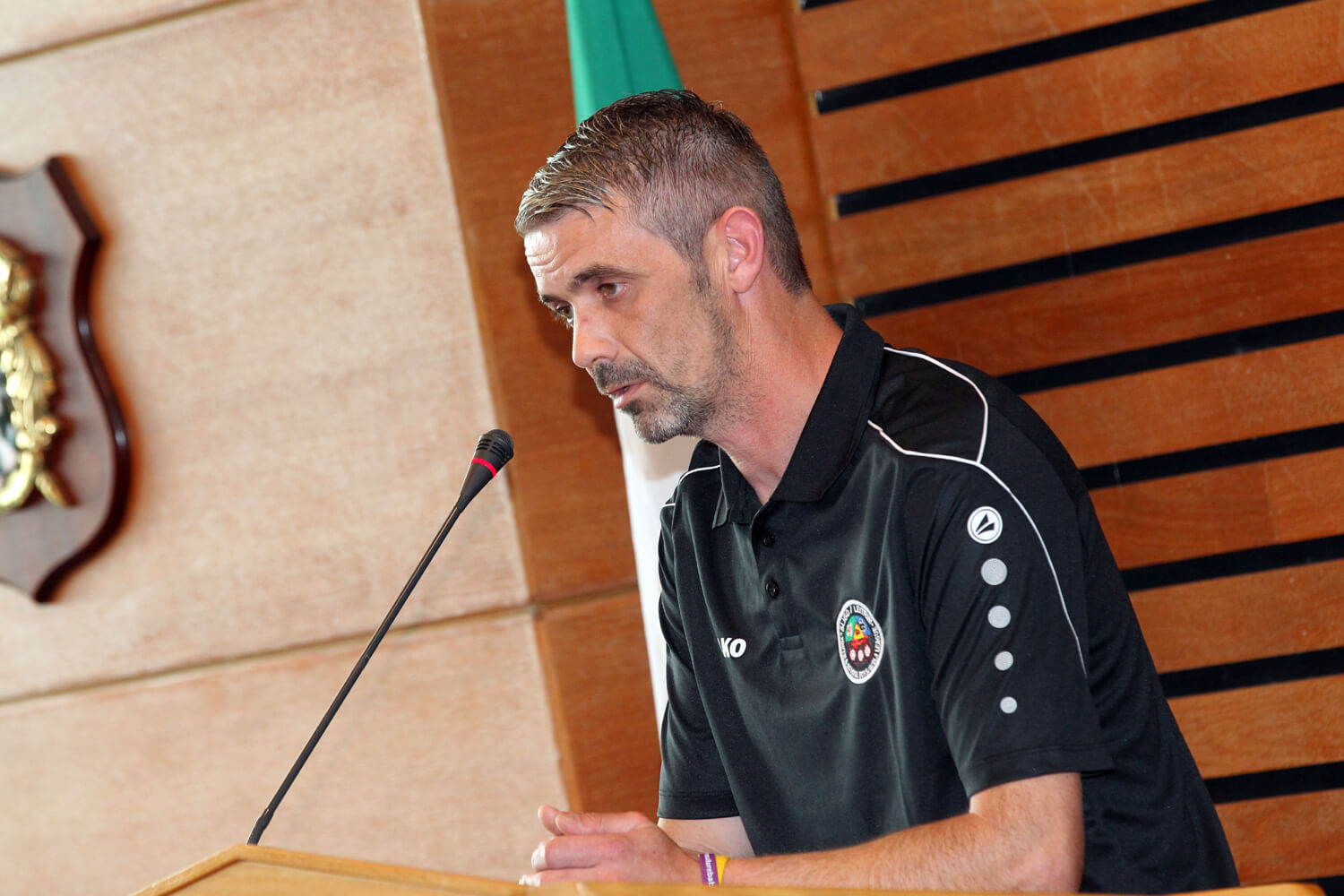 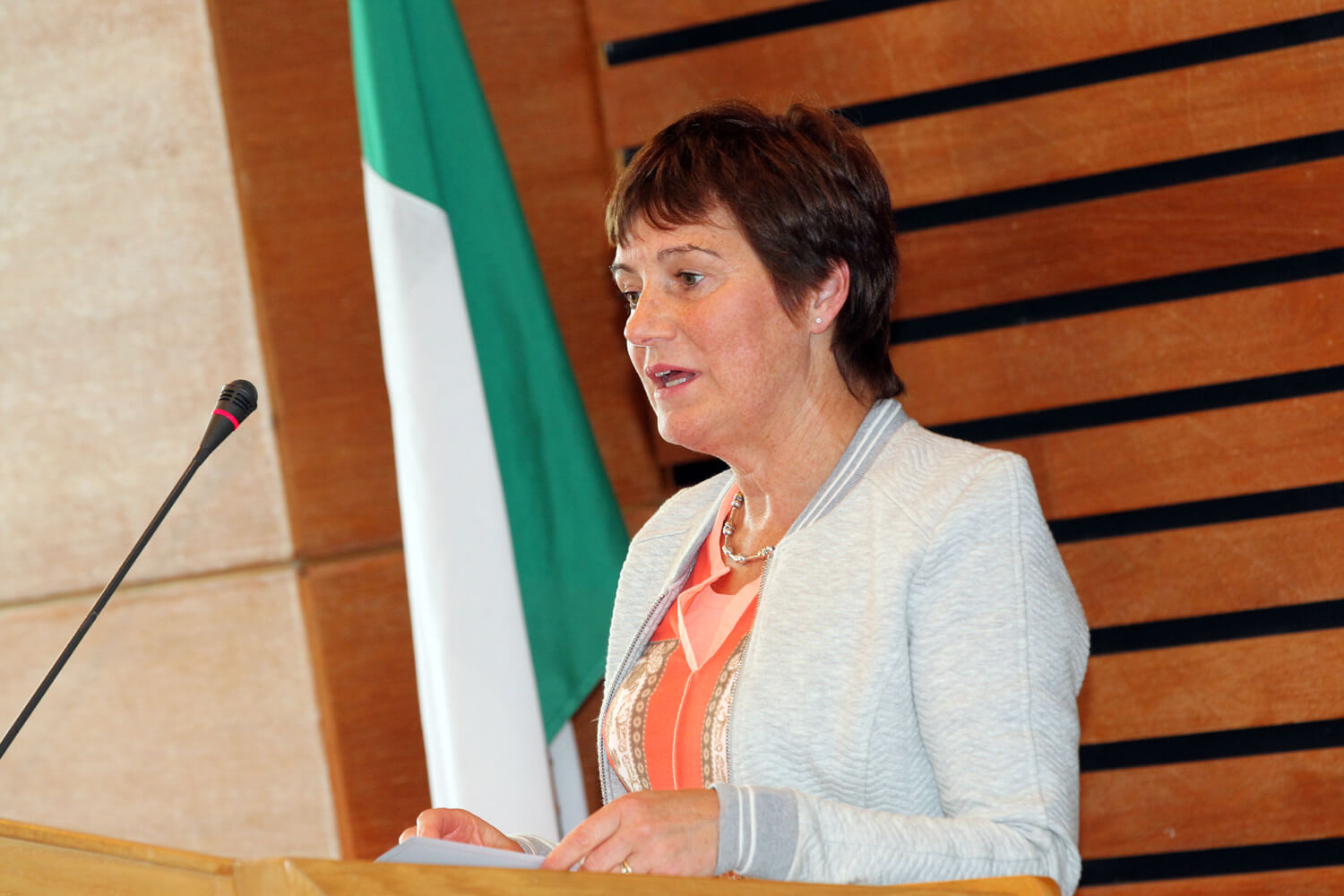 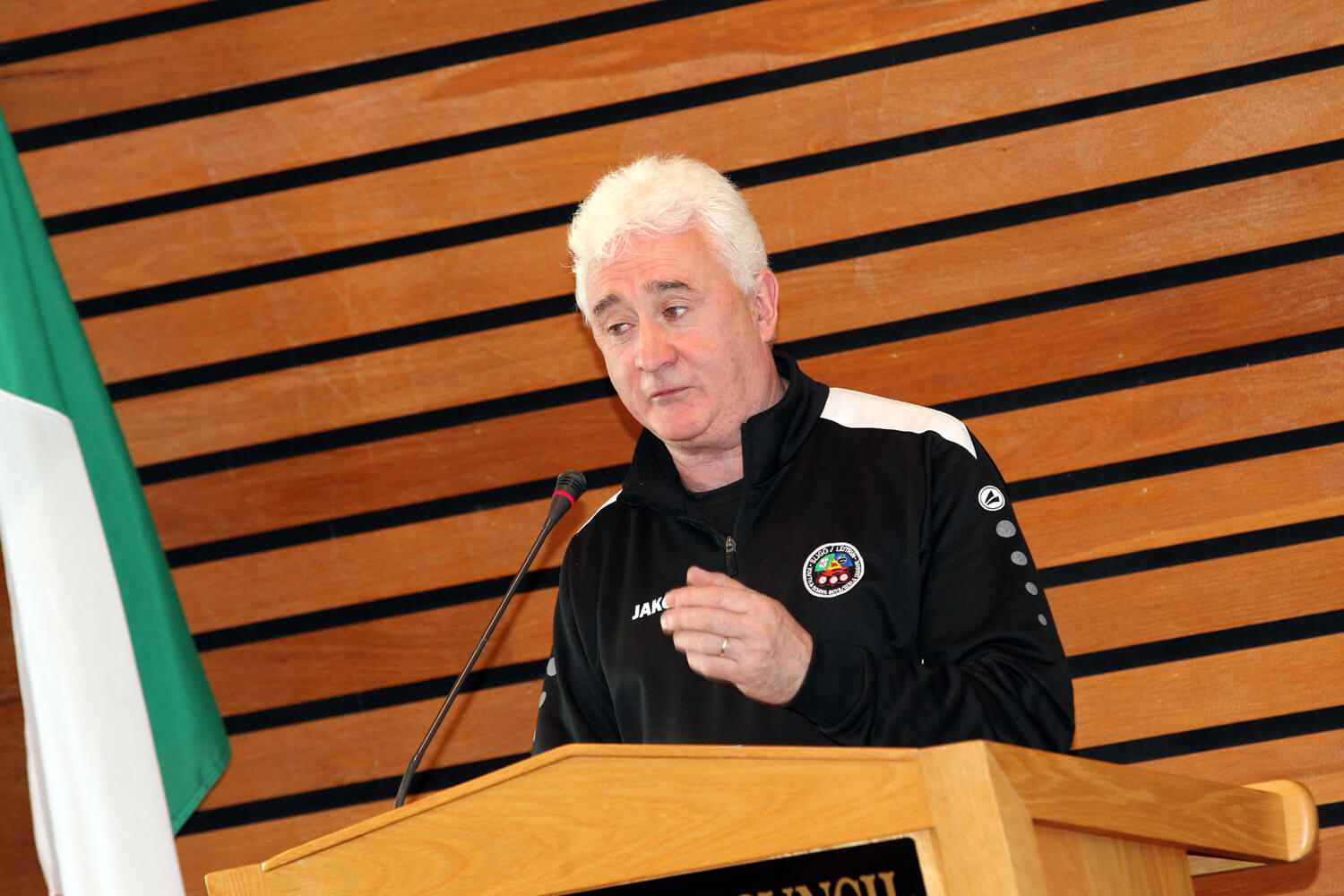 The Sligo-Leitrim U-14 Girls Soccer Team were honoured by Sligo County Council to honour their achievement in reaching the final of the All-Ireland Gaynor Cup competition.

In his address, Cathaoirleach Councillor Seamus Kilgannon said it was an outstanding achievement by the young team.

‘I think it is a reflection on the excellent standards being set in under-age and Youth soccer that this is the second reception we have hosted in a matter of weeks to honour local teams that have excelled in national competition. Recently we welcomed the Sligo Leitrim U 14 Boys team on their performance in the Kennedy Cup competition.  This evening we honour and applaud the Sligo-Leitrim Gaynor Cup squad for their wonderful achievement in reaching the final of the competition, losing to their Connacht neighbours the Galway and District League.

This success was due to the individual performances and collective endeavour of a committed and hard-working squad of players, each of whom was proud to represent their league and their county.  This campaign was also a great source of pride to your families and your clubs, who followed your progress with great interest and anticipation.  In addition to being a just reward for your efforts in the competition, it also serves as a wonderful inspiration for younger players in your respective clubs and communities who aspire to follow in your foot-steps.

When we honoured the Kennedy Cup squad a few weeks ago, we discussed the critical importance of training and preparation.  That discipline was equally relevant to your achievement, as the expert coaching and guidance you received in the weeks and months leading up to the tournament laid an excellent foundation.  In effect, you have made local sporting history, and the strides you have made, and the courage and resilience you have shown, augurs well for the future of girls soccer in this region.  Equally important as your progression in the Gaynor Cup, was the manner in which it was achieved. I think the players will be the first to acknowledge the contribution of the management team of Alan Henry and Catherine Hyndman and the valuable support provided by Hugh Cunningham.

When you embarked on this journey, you did not have history or tradition on your side, but you exceeded all expectations to finish as finalists in this national competition. Another factor in this success is the Emerging Talent Programme.  The professional focus on player development, the support and guidance for the various coaches working in clubs all over the region – all this has  served to dramatically increase the standards at every level of the game.  In this year when Sligo celebrates its status as European Capital of Volunteering, I also want to pay a public tribute to the many dedicated volunteers who have supported you every step of the way.