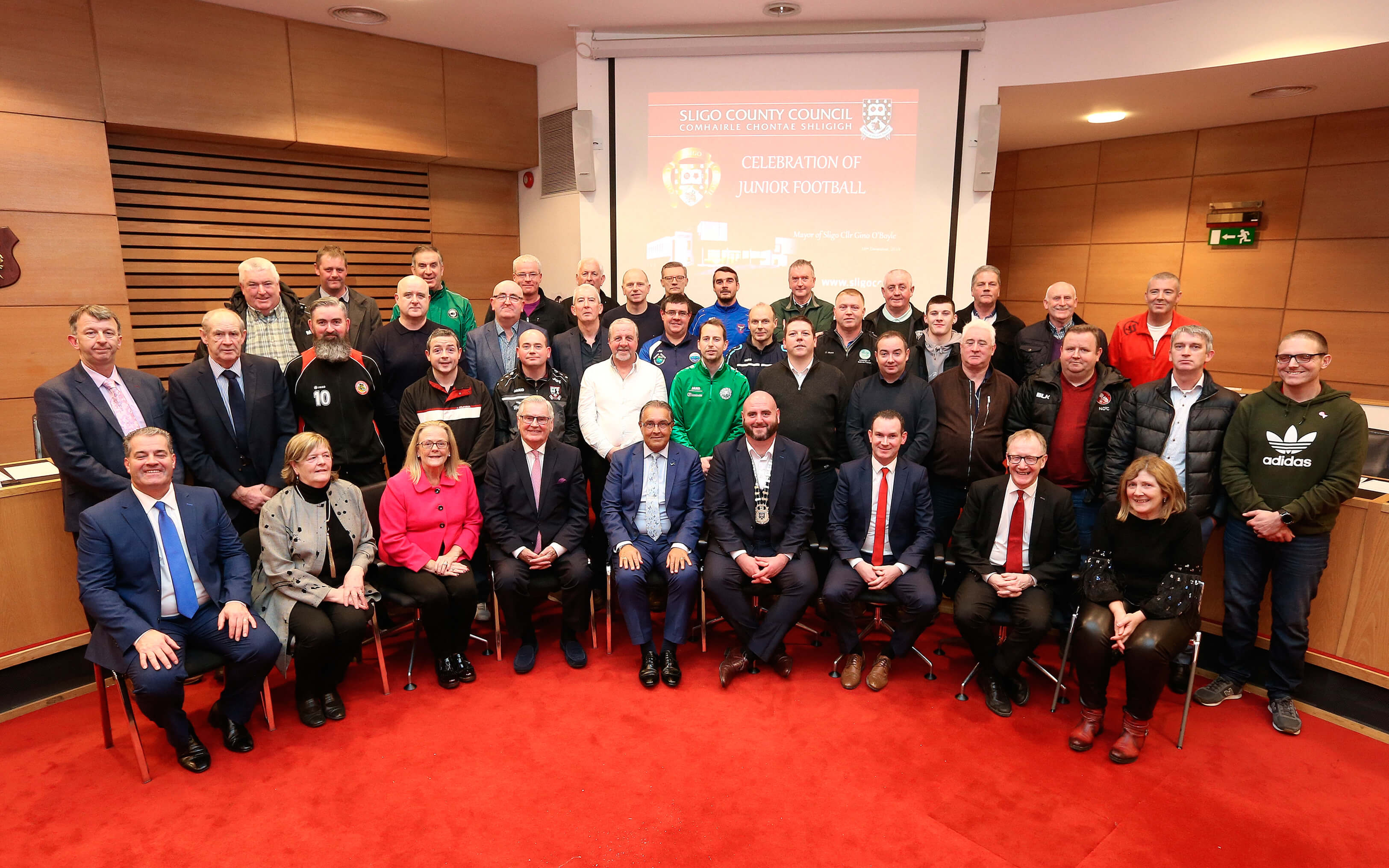 In his address the Mayor said ‘Our objective in hosting this reception is to celebrate the history of junior soccer in Sligo and publicly commend those who have been at the heart of the game in this region.  No one doubts the calibre of people involved at junior and grassroots level, and their commitment to see it develop.

The foundation of the enduring vibrancy of junior soccer at local level is the volunteer - the men and women who take great pride in their work and soldier week in, week out to serve their club and community.  My own experience in junior soccer reflects the experience of countless other players throughout the region.

I also believe the relationship between the people involved at all levels of the game is critical, and for it to grow there should be a seamless transition for talented players to progress from youth to junior to senior level.  My own experience playing both junior and senior levels shows there is a pathway for young players.

In this context, I want to pay tribute to the volunteers in Sligo Rovers, who have managed to keep the flag flying for senior soccer in the west of Ireland, often in the most challenging of circumstances.  This evening we reflect on the life of one of their most committed volunteers, Rovers Club President Eddie McCullagh, who was laid to rest today.

Our focus at this forum is on another essential facet of the game locally, our junior soccer clubs and the people who play, support and administer it, and our committed crew of referees who officiate at the games.

Noel Kennedy and his colleagues on the board can reflect with pride on the history of junior football in this region.  I believe the manner in which the league was administered over the years formed a template for others to follow around the country, it was run with great professionalism and dedication.

This was achieved in a very competitive sporting environment, given the popularity of other mainstream sports in the Sligo Leitrim area.  One reason the junior game has thrived is that outstanding players have one on to serve as coaches, managers or volunteers, many have progressed to become referees, and this continuity has been vitally important.’